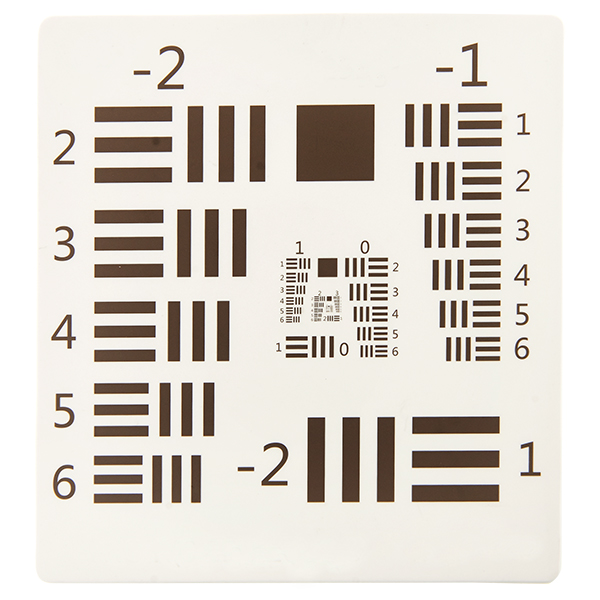 The USAF 1951 resolution target was created due to the need to assign numerical tolerances to optical systems and photographic processes. The resolution range depends on the quality and functioni of the system or process being tested. In the standard Air Force 1951 target, the change in pattern size is in a geometric progression based on the sixth root of 2. To simplify, the number of lines per millimeter doubles with every

1. This is actual price from the pricelist for our standard products.

3. You can get in touch with us simply by clicking "Inquiry now".

4. We use DHL/Fedex/TNT/UPS to make the delivery to international customers. You can receive the package within 4 working days.